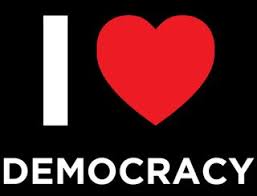 Three times now, Vancouver City Council has unanimously voted to ask the province to approve Justice Thomas Berger’s 2004 recommendation that it allow Vancouver to choose its own voting system, but it has yet to receive a reply.  In 2010, the province appointed the Local Government Elections Task Force to make recommendations relating to municipal elections, but they specifically excluded voting reforms.  Since the Task Force’s recommended measures are supposed to be introduced in the upcoming legislative session, Fair Voting BC met with Premier Christy Clark to solicit support for Vancouver’s thrice-issued request for increased autonomy.  The Premier sounded favourably inclined, but referred us to the minister responsible – Minister of Community, Sport and Cultural Development Bill Bennett.  We were therefore very disappointed to get a note from the minister recently telling us that the government won’t be considering any voting-related reforms for the foreseeable future.  As the May election approaches, we urge reform supporters to pressure your candidates to finally grant Vancouver’s longstanding request.

Update:  The government very recently announced that they won’t be able to implement any of the Task Force’s recommendations at all in the current legislative session.  NDP leader Adrian Dix pledged to make implementing these recommendations a priority if he is elected.
FIPA Launches Charter Challenge to BC ‘Gag Law’

Fair Voting BC was an intervenor last fall when the BC government lost yet another bid to have the Court accept their gag law.  However, the Court’s ruling didn’t address our most significant concerns – namely, that the current law imposes unconstitutional restrictions on small entities.  The way the Act reads now, any communication with the public during an election period that is in any way related to an election issue or candidate counts as “election advertising”, so you must register with Elections BC – even if you didn’t spend a penny.  As the Chief Electoral Officer said in his 2010 report, this means that if you so much as put a handwritten sign in your window without registering with Elections BC, you risk a $10,000 fine and/or a year in jail.  This is an obvious and serious affront to free speech in BC.  We are therefore delighted to let you know that our co-intervenor, the BC Freedom of Information and Privacy Association, has filed a Charter challenge in BC’s Supreme Court seeking to have the law struck down if the government fails to make amendments that respect citizens’ rights to free speech. Full information on the case can be found through FIPA’s website.
Boundaries Commission Blows Chance to Show How PR Could Solve Redistribution Issues

The BC team of the Federal Electoral Boundaries Commission (EBC) released their federal ridings redistribution report on January 28th.  In October, Fair Voting BC had asked them to follow the Nova Scotia Provincial EBC’s lead in recommending that the legislature consider how adopting proportional representation could substantially simplify and reduce the need for future changes to electoral boundaries.  Unfortunately, the BC EBC did not take our advice, although they briefly noted that “there were recommendations about changing the present first-past-the-post electoral system to provide for some form of proportional representation” without specifying the linkage between these recommendations and the implications for boundary-setting processes.
Son of Robocall Scandal As if one robocall scandal weren’t enough, the Conservatives last week denied, then admitted, that they were behind robocalls in Saskatchewan aimed at interferring with the non-partisan Electoral Reform Commission’s proposals for redistributing seats in Saskatchewan.  Despite the fact the calls purported to come from an independent research company and did not alert those called that the Conservative Party had designed the ‘poll’ and was funding the calls, in contravention of CRTC regulations, the Prime Minister asserted that his party had followed the rules.  Liberal MP Ralph Goodale has asked the CRTC to investigate.
The Conservative Party continues to deny that they had any involvement in the robocalls made in the 2011 federal election that provided misleading information to non-Conservative supporters about supposed changes to their polling booth locations.  At the end of November, Elections Canada revealed that they were expanding their investigation of this into at least five different provinces involving over 50 of the countries 308 ridings.  More recently, court documents show that Elections Canada has obtained phone records for Rogers customers (in addition to Shaw and Videotron customers).
Meanwhile, the court case brought by the Council of Canadians relating to six specific ridings was argued in Federal Court in Ottawa in December.  The plaintiffs argued that the election results should be annulled in these ridings – the judgement is forthcoming.
Canada’s Chief Elections Officer has recommended various legal changes aimed at minimizing or preventing such abuses in the future.  See related story in the Ottawa Citizen.
Meanwhile, Democracy Watch has filed a complaint claiming that Elections Canada has not released its findings on a wide variety of electoral complaints.
Reinventing Parliament – Globe and Mail

The Globe and Mail recently ran a fascinating and thought-provoking series of articles under the heading “Reinventing Parliament”.  We strongly encourage you to check them out:
Vancouver Engaged City Task Force Announced

In more local news, Vancouver announced the 22 members of its Engaged City Task Force last month.  Although the members of this task force have impressive pedigrees in citizen engagement, there was a lack of transparency in the selection process.  Some significant unanswered questions:  Who applied but was not chosen (eg, there are no members with an explicit focus on changing the electoral system to improve representation)?  Are there significant unrepresented groups?  (The Georgia Straight reported that indigenous activist Scott Clark was concerned that there are no aboriginal representatives).  And will the Task Force carry out any of its deliberations in public, invite input from the public or publish its preliminary recommendations for public comment prior to issuing its final report in June?  In the Straight article, Reimer is quoted as saying that “during the task force’s first informal meeting, members expressed an interest in incorporating the perspectives of groups not represented on the committee.”  This is promising, but Fair Voting BC urges the city to take this opportunity to be as inclusive and open as possible in its deliberations.
New FVC Chapter – Vancouver
Finally, we are delighted to announce that there is a new Vancouver chapter of our sister organization, Fair Vote Canada.  FVBC board member Stuart Parker is the chapter president and they have several exciting initiatives getting underway, including a new study of options for electoral reform in the city of Vancouver that won’t require changes to the city charter.  Anyone interested in getting involved with FVC-Vancouver is invited to contact Stuart.
Yours for a stronger democracy,
Antony Hodgson
President, Fair Voting BC
Advertisement